skip to main | skip to sidebar

upstreet is having a party--
and you’re invited 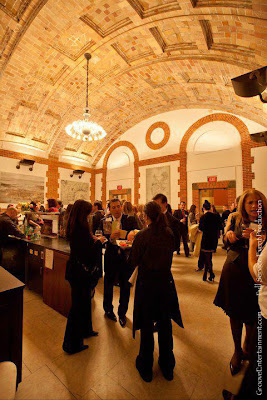 upstreet will host an off-site reading and celebration during the 2013 AWP Conference, which will take place at the Hynes Convention Center, 900 Boylston Street, Boston, from March 6-9.

Our party will be from 6:30-9:30 p.m. on Thursday, March 7, in the Boston Public Library’s Map Room Café, 700 Boylston Street, which is two blocks away from the Convention Center. The readers, all poets and prose writers from upstreet number eight, will be Peter Brown, Jeana Steele Burton, Alan Feldman, Jeffrey Harrison, David Jauss, and Jodi Paloni. upstreet Editor/Publisher Vivian Dorsel will emcee the festivities. Admission is free.

Following the reading, there will be an opportunity for authors to sign copies of upstreet number eight, or their own books, which will also be available for purchase. Wine, beer, soft drinks, and hors d’oeuvres will be provided.

Come help us celebrate AWP 2013 in Boston—and don’t forget to visit upstreet’s table (#K18) in the Bookfair. On Saturday, the final day of the Conference, admission to the Bookfair will be open to the public at no charge.
Posted by Vivian at 1:35 PM No comments:

The Two Yvonnes, a new collection of poems by upstreet Poetry Editor Jessica Greenbaum, has been released by Princeton University Press as part of the Princeton Series of Contemporary Poets. This series, edited by Pulitzer Prize-winning poet and New Yorker poetry editor Paul Muldoon, publishes the best work of today’s emerging and established poets.

Jessica Greenbaum’s narrative poems, in which objects and metaphor share highest honors, achieve revelation through close observation of the everyday. Riding on Kenneth Koch’s instruction to “find one true feeling and hang on,” The Two Yvonnes overtakes the present with candor, meditation, and the classic aspiration to shape lyric into a lasting force. Moving from 1960s Long Island, to 1980s Houston, to today’s Brooklyn, the poems range in subject from the pages of the Talmud to a squirrel trapped in a kitchen.

One poem looks into the past at the boy next door dribbling a basketball as “forty years later, hearing a basketball tock / on the sidewalk below my window, I am returned / to my first room,” while another observes that “the white truck traveling the span of the Williamsburg Bridge / could be the white fastener traveling the top of a ziplock bag.” Another poem defines the speaker via a “Packing Slip” of her personal characteristics—“Raynaud’s disease causes numbness in digits / when cold, often followed by sense of homesickness for some place as yet / unnamed;” the title poem, in which the speaker and two friends navigate their way through a series of flawed memories about one another, reflects the human frailties that shape so much of the collection.

Jessica Greenbaum is the author of the award-winning poetry collection Inventing Difficulty (Silverfish, 2000). Her poems and essays have appeared in the New Yorker, The Nation, Poetry, Southwest Review, Ploughshares, Salamander, and elsewhere. She lives in Brooklyn, and has been upstreet’s Poetry Editor since 2006.

upstreet is going to Brooklyn! On Sunday, September 23, from 10am to 6pm, upstreet will join more than 280 top national and international authors and participants at Brooklyn Borough Hall and Plaza (209 Joralemon Street) for the seventh annual Brooklyn Book Festival. All Festival events on Sunday, September 23, are free. The literary-themed “bookend” events will expand the Festival to a full week of more than 50 happenings at venues that include clubs, bookstores, theaters and libraries across the borough from September 17-23. Most bookend events are free; a few charge a modest admission.

Go to the Brooklyn Book Festival website for a complete schedule of events, and come visit upstreet Sunday at Booth #131, facing Court Street on the Borough Hall Plaza.

upstreet will be a sponsor of
Berkshire WordFest 2012

upstreet will be one of the sponsors of the second Berkshire WordFest, a biennial celebration of words and ideas that will take place September 14-16 at The Mount in Lenox, Massachusetts, the historic home and gardens of Edith Wharton. This literary festival will bring together a varied collection of contemporary authors in an exciting array of events that will include talks, readings, panel discussions, interviews, and book signings. Featured authors will be John Berendt, Francine du Plessix Gray, Mary Jo Salter, Roxana Robinson, and many others, including upstreet author Dani Shapiro (interview, upstreet number seven).

The festival will also feature free readings on the Terrace by poets and writers with ties to the Berkshire region and to upstreet, including Poetry Editor Jessica Greenbaum and poets Karen Chase, Michelle Gillett, Lisken Van Pelt Dus and Irene Willis.

Another WordFest sponsor, Vermont College of Fine Arts, will hold an offsite get-together for alumni/ae, faculty, prospective students, and friends of the College from 5-8 on Friday evening, September 14, at the Firefly Bistro, 71 Church Street, Lenox.


For further information about the WordFest schedule, and to reserve tickets and day passes, call 413-551-5113 or visit the festival website.

Posted by Vivian at 2:02 PM No comments: 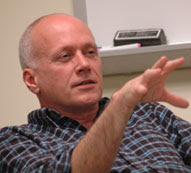 upstreet number eight, featuring an interview with award-winning Canadian author Douglas Glover, has been one of two literary journals available to subscribers of Journal of the Month, a new service which enables readers to sample a variety of literary magazines. The other August selection was the New England Review.

Douglas Glover is the author of five story collections, four novels, two books of essays, and The Enamoured Knight, a book about Don Quixote and novel form. His best-selling novel Elle won the 2003 Governor-General’s Award for Fiction and was short-listed for the IMPAC Dublin Literary Award. He currently teaches in the MFA in Writing Program at Vermont College of Fine Arts. His most recent book is Attack of the Copula Spiders and Other Essays on Writing (Biblioasis, 2012). To read an excerpt from the upstreet number eight interview, go to Glover’s online literary journal, Numéro Cinq.

upstreet number eight is available at Barnes & Noble, Hastings, and Books-A-Million bookstores, on NewPages.com, and at some independent bookstores. It can also be ordered directly from our website.

The submission period for upstreet number nine will begin on September 1, 2012; to read the guidelines and submit, go here.

upstreet is having a party--
and you're invited

upstreet will host an off-site reading and celebration during the 2012 AWP Conference, which will take place at the Hilton Chicago, 720 South Michigan Avenue, from February 29-March 3.

Our party will be from 6:30-9 p.m. on Thursday, March 1, at Jak’s Tap, 901 West Jackson Boulevard, which is about a mile from the Hilton, on the Blue Line. This event is free and open to the public. The readers, all poets and prose writers from upstreet number seven, will be Theresa Burns, Hannah Fries, Ellen Lesser, Kristen-Paige Madonia, Robert Vivian, and Bill Zavatsky. upstreet Editor/Publisher Vivian Dorsel will emcee the festivities.

Following the reading, there will be an opportunity for authors to sign copies of upstreet number seven, or their own books, which will also be available for purchase. Light refreshments will be provided. Come help us celebrate AWP 2011 in Chicago—and don’t forget to visit upstreet’s table (#L7) in the Bookfair. On Saturday, the final day of the Conference, admission to the Bookfair will be open to the public at no charge.

On the evening after our party, Friday, March 2, upstreet author Douglas Glover will hold a pre-launch party for his new essay collection, Attack of the Copula Spiders (Biblioasis, 2012), from 7:15-8 p.m. in Dining Room 4 at the Hilton. Two of the essays in the book previously appeared in upstreet numbers 4 and 6.

Jamali-Kamali: A Tale of Passion in Mughal India (Mapin, 2011), by upstreet author Karen Chase (numbers one, two, three, four, and six), is a book-length homoerotic poem that tells the story of Jamali and Kamali, two men who lived in 16th century Delhi. According to oral tradition, the men were lovers. Although they existed, the book is a fiction about love, sex, separation and death. The Introduction by Mughal scholar Milo Beach includes nine photographs of the Jamali-Kamali Mosque and Tomb in Delhi, where the two men are buried in white marble graves side by side in a small, exquisite tomb.

Karen Chase lives in The Berkshire Hills of Western Massachusetts. Her poems, stories and essays have appeared in many magazines, including The Gettysburg Review, The New Yorker, The New Republic and Southwest Review. Her book of poems, Kazimierz Square, was short-listed by Foreword Magazine as “Best Indie Poetry Book of 2000.” Land of Stone, her nonfiction book about her work as Poet-in-Residence at a psychiatric hospital, was named a Best Book of 2007 by Chronogram and won a Bronze medal in the 2008 Independent Publisher Book Awards. About Bear, her second collection of poems, Harvard Review said, “Karen Chase’s poems are buoyed by lightness and vitality, a joy in physical pleasures, and an imitable sense of humor.”
Posted by Vivian at 1:13 PM No comments: 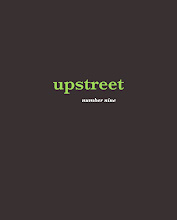 Vivian
Vivian Dorsel is the editor and publisher of upstreet, a literary magazine originating in the Berkshires of Western Massachusetts.